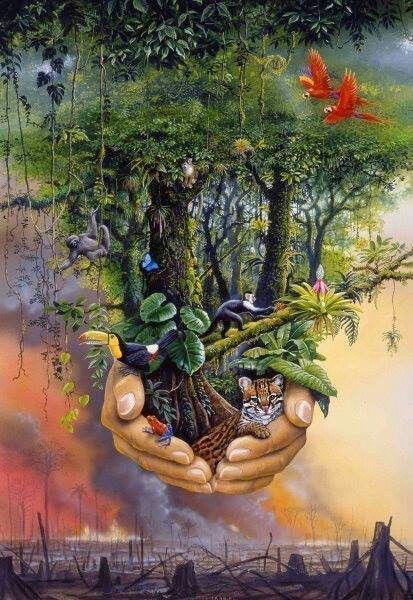 Dear ones, once again we come to discuss the many facets of truth taking form at this time.  Each day more are awakening into higher levels of awareness.  Many who previously held only a  passing interest in truth, are now actively seeking it as they become increasingly  aware of a “bigger picture” unfolding.

This is because flowing waves of Light energy have become increasingly intense,  exposing much that heretofore existed alive and well hidden in the shadows.  You cannot clear or change something if you are not aware of its existence.  Awareness is happening for many as  chaos  illuminates societies’ dark corners and displays the secrets resting there for all to see.   Gaia is ascending.

Many life long truth seekers remain dependent on certain modalities in order to feel spiritual.  Simply resting in Oneness with Source (meditation) is the only modality you really need as all others are simply expressions of separation  based in the belief that you must perform some rite or ritual in order to attract God’s  attention.

There was a time when anyone possessing psychic gifts was believed to be of the devil and was put to death.  With time, metaphysics and “new age” modalities became acceptable paths toward enlightenment.  Metaphysics has well served as a safe bridge from the many rigid concepts of God and spirituality, heaven and hell,  good and evil  taught (still being taught) by many organized religions. Metaphysics has served to draw those ready into new and higher understandings of energy, miracles, and psychic abilities allowing these things to become acceptable, natural, and nothing to fear.

You are at or are very close to the  point at which you no longer need metaphysical modalities.  When overdone,  they can  prevent a person from being grounded.  As awakened human beings you must stay grounded in Mother Earth if you are to be of any assistance personally or globally to the ascension process.

Know that you can still enjoy those ceremonies,  mantras, or rituals you love, but you must do them from a state of consciousness that knows you are already everything you believed these things would help you to become.   In the beginning metaphysical practices were important, even vital to one’s opening to truth but at a certain point they become obsolete because the seeker has evolved beyond their need.  Would you stay forever in grade school just because it taught you many new things?

As with all things in the physical world, metaphysical tools and practices always reflect some deeper truth.  Evolve your metaphysical practices beyond the level of their particular rite or ritual and  into the deeper truth they represent.  Tarot–energy awareness as represented through images.  Crystals carry unique energies that helps to activate that same energy already present within you.  Chant–helps to center a person deeper into realities already present, with or without the chant.  Use tools wisely, never losing sight of the fact that they are only tools that may or may not help you to more deeply realize the already present completeness you are.

Live, have fun,  be.  Let your story unfold in each now moment as you go about your day.  There is nothing you can do to  become more of what you already are.   Nothing–no actions of self or another, no world circumstance,  no law, no appearance, can ever make you less than what you already are.  If someone were to stab you in the heart you would simply change location for you are consciousness and not a physical body.  Fear does not exist in a consciousness aware of its own Divinity.

You have prepared yourselves well and are now ready to move beyond any remaining fears carried from lifetimes lived in a third dimensional belief system.   When worry or fear thoughts arise, never resist them.  Let your response simply be;  “Oh, you again.” which does  not bestow them with power over you.  Understand them to be old energies from an earlier state of consciousness surfacing, ready to be released into the nothingness that they are through your present higher awareness.

God alone is power.  You, as full expressions of God, have the ability to empower or dis-empower. You forgot who you really were and gave your innate power to others–people and beliefs happy to take it.  However, you are no longer asleep in the beliefs of duality and separation and are thus ready to reclaim your power.  Real power is not a sleeping world’s sense of power, but rather is a fearless strength and confidence that automatically flows into all action and decisions from a  consciousness   fully aware of who and what it is.

As Divine Feminine energy comes more into balance with the Divine Masculine, women are becoming more empowered.  In the past and still today, women are being taught that they are weak physically, mentally, emotionally, spiritually, and thus have to  be guided and told what to do by the masculine.

This is quickly changing as the masculine (active, be-er, do-er energy) and feminine (receptive, creative, intuitive energy) equally present within every individual comes into balance. The process is causing the pendulum to swing wildly at this time, but eventually the truth about masculine and feminine being two equally important facets of the one/ONE will become the consciousness of most and manifest as the equality of respect and love.

It often happens that serious truth seekers struggle to rid themselves of negative emotions and “bad” thoughts in the belief that they must do this if they are to become “spiritual”.  These practices can only result in failure because the student is keeping the very issues he seeks to be rid of alive and well by endowing them with a power over him.  This leaves many a serious student of truth to unnecessarily see himself a total failure, one that will simply never attain enlightenment.

Spiritual growth and evolution  is not determined by any effort of the human mind as you have been led to  believe.   The evolutionary process is ongoing and determined by your Higher Self who directs the show.  At the perfect point in everyone’s evolutionary journey, like it or not, the “train leaves the station”.

It is not necessary for you to do this or think that, or say this etc. in order to get the process moving.  You can delay it through free will, but evolution is unavoidable–it is what you are.  Every individual is  the fullness of  Divine Consciousness no matter how many veils of illusion they choose to drape over themselves.

Allow yourselves to enjoy the things you enjoy,  to be with people you love,  and to do absolutely nothing when you feel like it.  The humorless ways of old traditional religious teachings are based in the false belief that human beings are separate from God, unworthy, born  tainted, and must be purified often through suffering and pain.

Many still hold the belief that the only way they can work their way into the good graces of a mythical God made in man’s image in likeness, is  by following certain rigid rules and regulations most of which reflect the dense and unenlightened human consciousness of the promoter.

There is a sense of power that comes to those who with a  sense of righteousness declare to everyone around them what they can or cannot do.   You have evolved and must now relegate concepts of this sort to the trash bin even if you were raised in them and those around you still believe.

On earth many pleasures and joys are waiting be experienced.  The energy of joy is closest to Divine energy.  Allow your  “imprisoned splendor to escape” (Robert Browning)  so that it can be reflected in every aspect of your lives.

Release all remaining conditioning that labels people, places, things, activities etc. as good or bad–a reflection of duality.   In the words of your famous playwright; Shakespeare  “Nothing is either good or bad, but thinking makes it so.” Always look deeper into any and all situations.

In Love and Oneness, we are the Arcturian Group
Via Onenessofall.com